Springboard builds stronger communities by helping at risk and vulnerable youth and adults through critical transitions in their lives with a focus on community justice, employment and developmental disability services.

People are at the centre of everything we do.

That’s why we approach every client with attention to our core values of inclusivity, collaboration, innovation, care, and integrity.

We value and respect diverse cultures, ethnicities, sexual identities, circumstances, perspectives and abilities in our relationships with all individuals.

We believe working collaboratively with staff, the people we serve and our community partners is critical to advancing our mission.

We are highly responsive to the individual needs of the people we serve, and embrace change, ideas and approaches that will help them to succeed.

We are passionate about our work and the difference we help to make in the lives of the people we serve.

We hold ourselves accountable to all our stakeholders for delivering on results that matter in a way that is rigorous, honest, ethical and transparent. 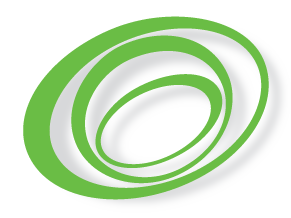 We serve a diverse group of individuals, ranging from participants with developmental disabilities, individuals referred by the courts for diversion services to NEET youth and adults (Not in Education, Employment, or Training).

Springboard supports the people we serve with their goals to develop skills and knowledge and connect them with needed community resources and supports.  This helps them feel more empowered to reach their personal goals.

For over 45 years, Springboard has been a meeting place for passionate professionals and people looking for guidance or support as they achieve their full potential.

Individuals served through our various programs and platforms.

Provided to victims in restitution

Director, Finance, IT and Facilities

Board of Directors – Profiles 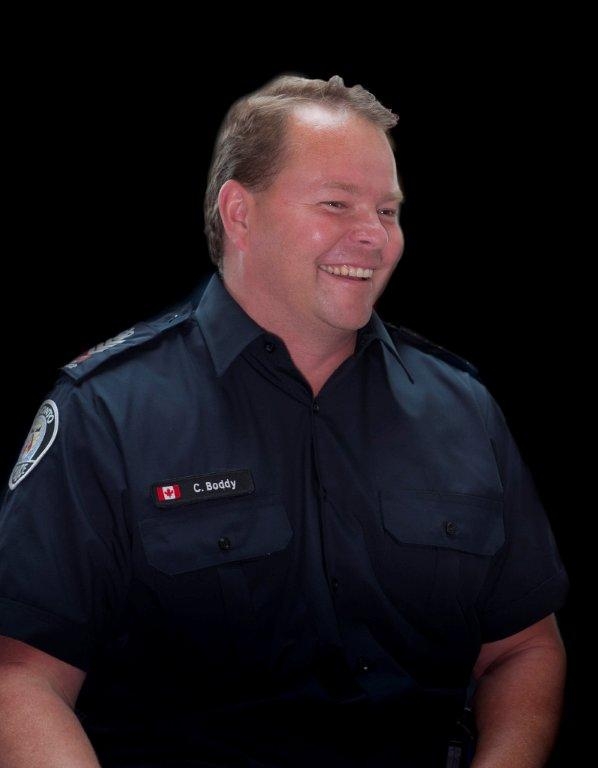 Inspector Boddy has served 26 years with the Toronto Police Service and is currently Second in Charge of one of Toronto’s 17 front line police stations. Included in his portfolio is the responsibility to lead the Toronto Police Service’s response to the needs of those with mental health concerns, and to establish and maintain liaising with the agencies that support and serve them. He supports the Toronto Police Service Board Mental Health Committee and community consumer associations such as the Empowerment Council, Voices From the Streets; and the Toronto Human Services and Justice Committee.  In each of these forums the police, service providers, and consumers discuss matters of mutual concern including police training, equipment, tactics and relationships.

He is involved in a number of charities including the coordination of the annual Cops for Cancer head shave campaign in support of the Canadian Cancer Society. Chris represents the service in both mainstream and digital media and holds a Bachelor of Applied Arts in Justice Studies from the University of Guelph. 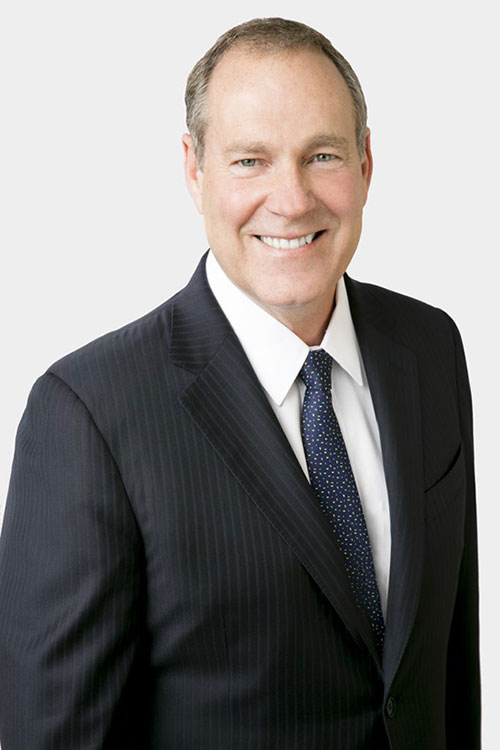 Elgin joined Teranet in 1997, and has held a number of leadership roles with the company. Before he became CEO in 2013, Elgin was Vice-President, Electronic Search and Registration. In this role, he helped strengthen Teranet’s relationship with the government through a collaborative approach that ensures the integrity and privacy of records managed by Teranet.

Elgin was the Land Registrar in the Peel and Hamilton-Wentworth regions and also held a number of operational and client-facing roles at the Ministry of Agriculture, Food and Rural Affairs.

Before joining the Government of Ontario, Elgin was Director of the Alternatives for Youth Program and managed an open custody facility for young offenders.

A graduate of McMaster University, Elgin holds two Bachelor of Arts degrees. He is also a Bregman Scholar at the Rotman School of Business, University of Toronto, where he graduated with a Masters in Business Administration in 2005. 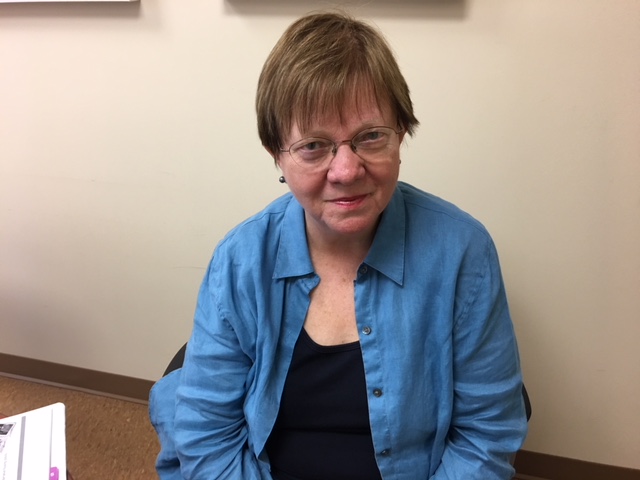 Ms. Grant held a number of progressively senior positions in the Ontario Public Service including Area Manager, Probation Parole, Executive Assistant to the Deputy Minister and the Minister of Correctional Services. At retirement she was the Assistant Deputy Minister Corporate Services for the Ministry of Citizenship, Culture, and Recreation. 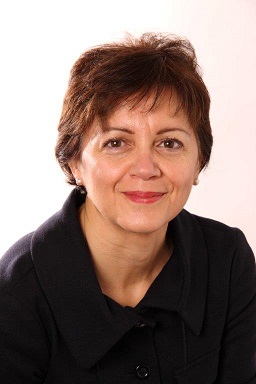 Ms. Greco is senior counsel at Ontario Power Generation. She joined OPG’s Law Division in 2007, providing corporate-commercial legal advice and support to a number of business units until moving into a project manager role on large hydro development projects in 2014. She is currently senior business manager in OPG’s Corporate Business Development group. 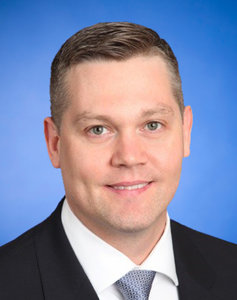 Mr. Jeff King is a partner in Accounting Advisory Services at KPMG where he provides technical accounting advice to companies implementing new standards or dealing with complicated transactions.

Mr. King holds a Bachelor’s degree of Mathematics in Honours Chartered Accountancy (Co-operative Program with Distinction) and a Master’s Degree in Accounting from the University of Waterloo. He is also a member of the Institute of Chartered Accountants of Ontario. 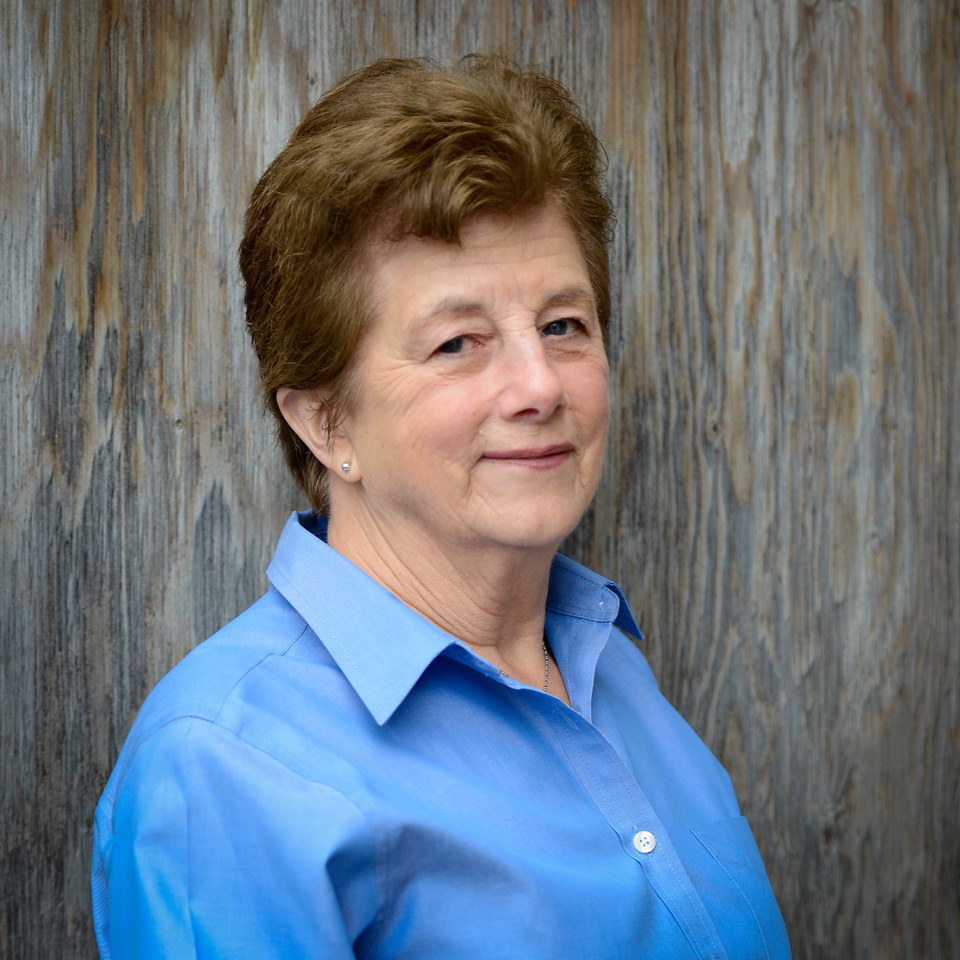 Member of the Program Committee.

Ms. Leaver joined the Toronto Police Service in 1975 and a Detective with the Sex Crime Unit since 1991. She is broadly recognized as an expert in advancing evidence informed services and programs for victims of sexual assault of women and children including the development of courses and training in these highly specialized areas.

Ms. Leaver’s work and leadership with the Women’s Initiatives Committee of the Rotary Club of Toronto helped support Covenant House’s startup of a transitional home for girls and young women wanting to exit the sex trade.

Ms. Leaver has a Bachelor’s of Arts Degree from Marianoplis College and a Certificate in Social Work from Ryerson University. 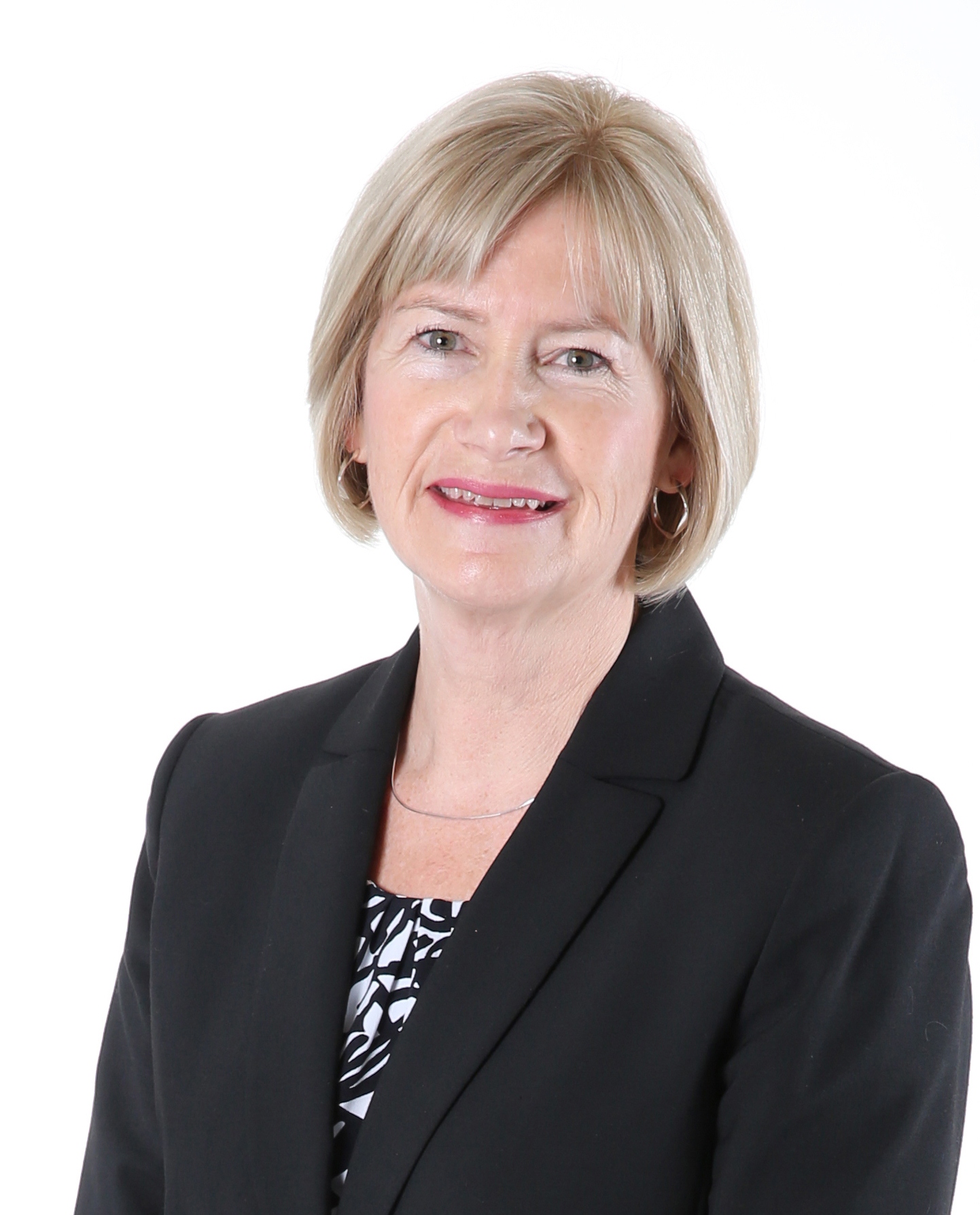 Ms. Deborah Newman held the position of Deputy Minister in the Ontario Public Service for 10 years, serving as Deputy Minister for the following Ministries: Training, Colleges and Universities, Community Safety and Correctional Services. Ms. Newman also served on the expert panel mandated to provide recommendations to the Ministry of Children and Youth Services to strengthen residential services for children and youth. She is a Distinguished Visiting Professor at Ryerson University, in both the Department of Criminology and Master of Arts in Public Policy and Administration Program.

Ms. Newman holds a Bachelor’s degree in Psychology and a Master’s degree in Criminology from the University of Ottawa and is a graduate of both the Queen’s University Public Executive Program and the Directors Education Program at the Rotman School of Management, where she received her Institute of Corporate Directors (ICD.D) designation. 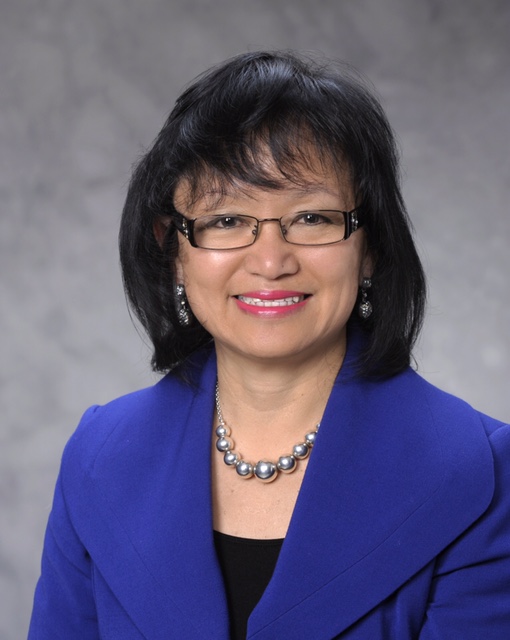 Supports the work of Program Committee.

Ms. Nguyen is the Deputy Chief Information Officer of the City of Toronto responsible for a diversified enterprise portfolio to support city program operations and service delivery to Toronto citizens and businesses. Ms. Nguyen has over 40 years of experience spanning discipline of strategic planning, software development, organization development and service transformation in a variety of senior staff and consulting roles.

Ms. Nguyen spent a significant 25 years with various Ontario Government ministries in various IT executive positions. She holds a Bachelor of Commerce from McGill University, an Executive MBA from University of Toronto Rotman School of Management and an Executive Public Administration from Queen’s University. She is also the lead instructor of the new Strategic Management of Enterprise IT program at the School of Continuing Studies at the University of Toronto. 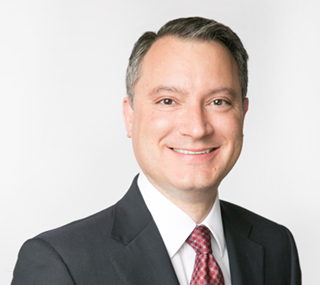 He was called to the Bar of the Province of Ontario, 1991 and holds his Juris Doctor (J.D.) Faculty of Law, from the University of Toronto. 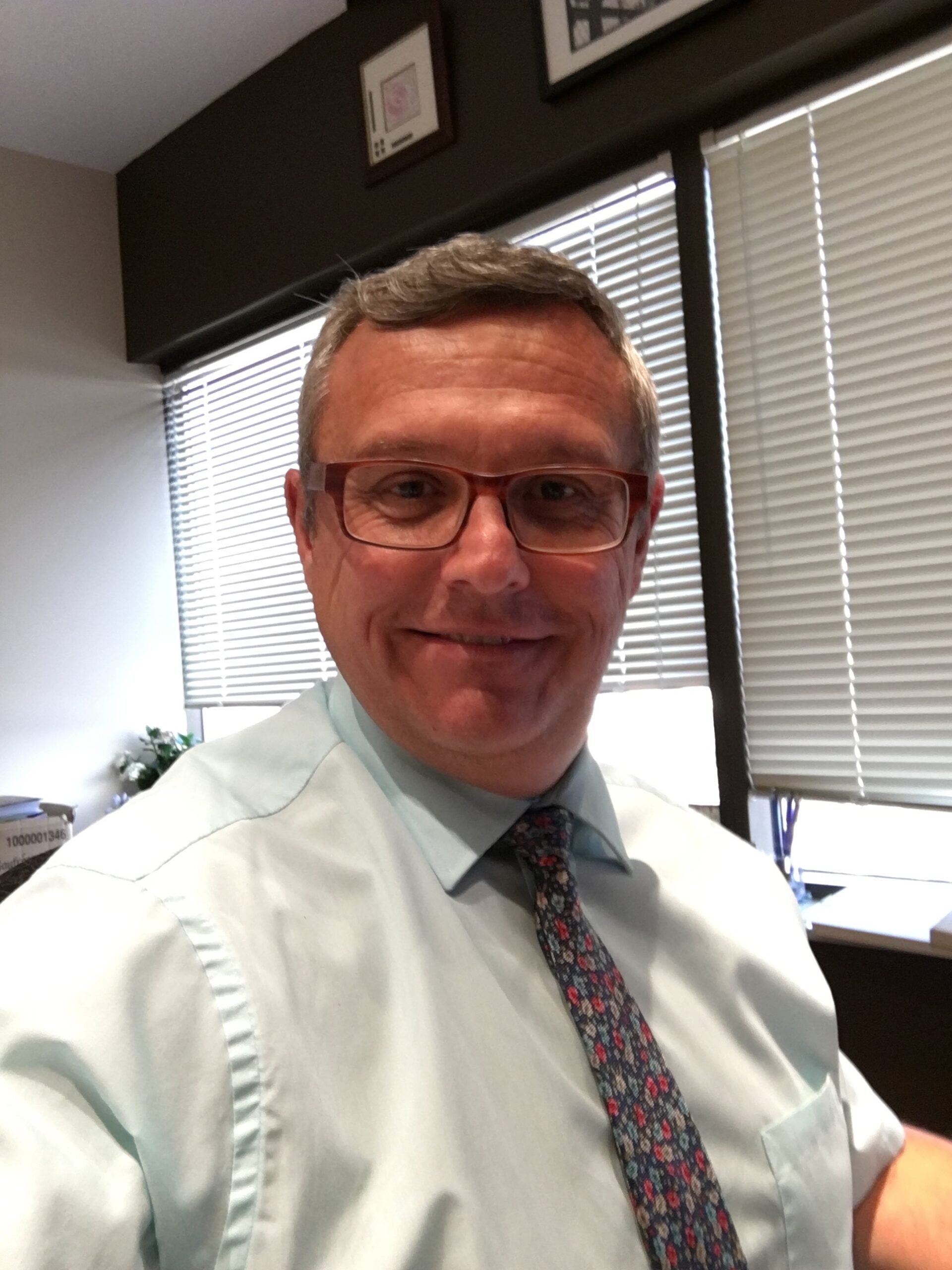 Supports the work of Program Committee.

Since 1993, Vince has been a member in good standing with the Law Society of Upper Canada. He maintains his law practice with a focus on criminal law, with a keen interest in representing vulnerable people and young persons in conflict with the law. Legal Aid Ontario placed Vince on their panels dealing with extremely serious matters, Ontario Review Board cases, administrative tribunals, civil litigation, criminal, mental health, Gladue and criminal Duty Counsel matters.

Vince is active in our community. Usually as a grill master, he volunteers for the Alex Shapiro Fighting Eagle Hockey Tournament, raising funds for the Hospital for Sick Children. In May 2017, City Council for the City of Toronto appointed Vince to the Administrative Penalty Tribunal as a Hearings Officer. He is also on the Area Committee of Legal Aid Ontario. Vince acts as a Mentor in the Law Practice Program since it was established at Ryerson University in 2014. He also acts as a resource to junior lawyers. Legal Aid Ontario recognizes Vince as a mentor to private lawyers involved in publicly funded cases. 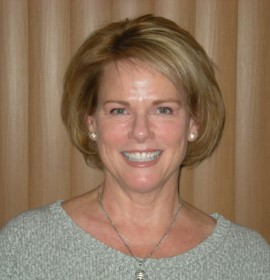 Ms. Susan Steer has many years of experience in various Operational and HR leadership roles. She has worked in the private sector as well as a large public/private partnerships in the Information Technology, Healthcare and Utility sectors. In her current role, Susan is a Senior Human Resources/Labour Relations Leader at Capgemini, an organization spanning several continents. Ms. Steer is a member in good standing with the Human Resources Professionals Association (HRPA) and is currently pursuing her Leadership Certificate in Workplace Mental Health, Queen’s University.

Ms. Steer has received a Business Diploma with Honours from Humber College, Certificate, Labour Relations, Queens University and a Certificate in Labour Law from York University. 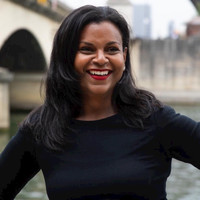 Cheryl Tjok-A-Tam is an accomplished business professional with 20+ years of experience at organizations including AT&T Canada, IBM Global Services and RBC with sector experience in Technology, Consulting, Telecom and Finance. During her 15+ year career at RBC, predominantly with Personal & Commercial Banking, she has championed living legacy initiatives including the Client Reporting Program for eStatements, Internet Protocol Contact Centre (IPCC), Commercial Servicing Model, Client Appointment Booking (CAB) and the first OMNI journey (Choose A Bank).
Cheryl is an RBC Board appointed executive and currently holds the position of VP, Strategic Initiatives & Change Management for the CFO Group. Through this mandate, she works closely with all CFO line of business leaders in order to lead and support the execution of the portfolio of global CFO strategic change initiatives.
She currently serves as the executive co-chair of RBC’s sponsorship of the Canadian Association of Urban Financial Professionals (CAUFP) through Project Beacon, a grass-roots, employee-led initiative. She is widely recognized as a change agent through fostering meaningful dialogue of Diversity & Inclusion for all.

Springboard is committed to leveraging our resources and to minimizing administrative costs.

Following the advice and directives of Toronto Public Health, the Province and the Prime Minister’s office, Springboard has enacted measures to protect the safety of our clients, staff and community and do our part to slow the spread of COVID-19. As such, Springboard employees that are able to, are working from home and where possible, some programs have been temporarily adapted to operate virtually. Springboard provides essential services at our Youth Justice and Developmental Services residences, additional preventative measures have been enacted, including limiting visitors and other measures as outlined by Toronto Public Health.

We have enacted contingency plans to ensure both clients and staff are receiving the support they need, including redeployment for employees. Employment Services, Developmental Services, and Community Justice & Diversion Services have contacted all clients directly to inform them of program changes. Staff will continue to provide support to clients who require it, virtually or by phone.